“It Seems I’m Invisible To Men, No Man Has Proposed To Me Yet” – Actress

A pregnant woman has been caught red-handed in bed with a man she claims is her Pastor, by her husband. 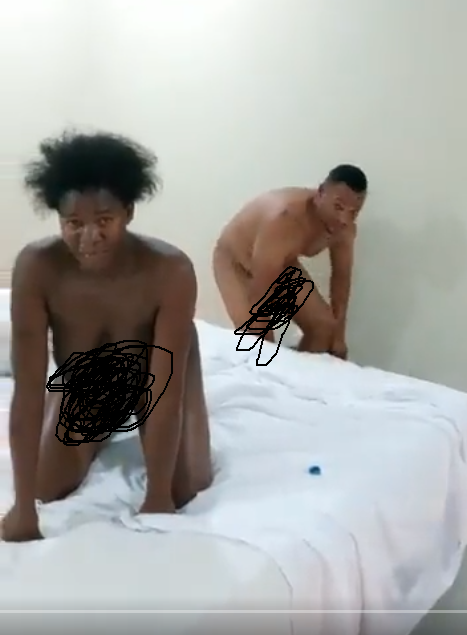 The pregnant woman identified simply as Martha, and her Pastor were caught red-handed while having sex on her matrimonial bed. They were surrounded by fetish items.

Her husband was heard telling them not to move as he confronted them. While the woman tried begging her husband, the Pastor immediately wore a short to cover up his nakedness.

Man Pretending To Be A Woman Arrested, Says He Has Female Feelings [WATCH VIDEO]