Some Dorms and Classrooms Are in Shambles- BOASS Heamistress Laments

Residents of Ajumako Ochiso in the Ajumako Enyan Essiam District of the Central Region are jubilating after shooting to death a fourteen-foot python.

According to the residents, they had been leaving in fear and panic ever since the reptile was spotted in the town as several attempts to kill it proved futile. 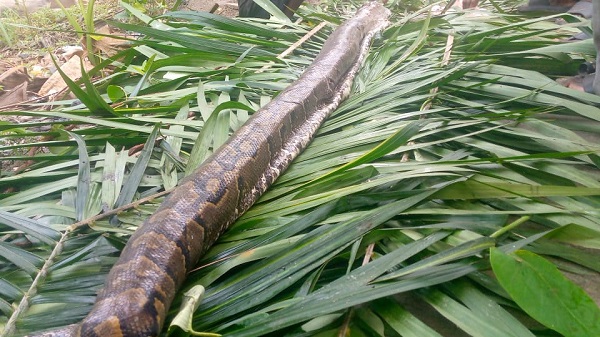 A young boy was reportedly going to attend to nature’s call around 8:30PM, when he spotted the python, and out of fear quickly rushed home and called for help to kill it.

The residents mobilized themselves and armed with a gun stormed the area where the snake was seen and shot it to death. 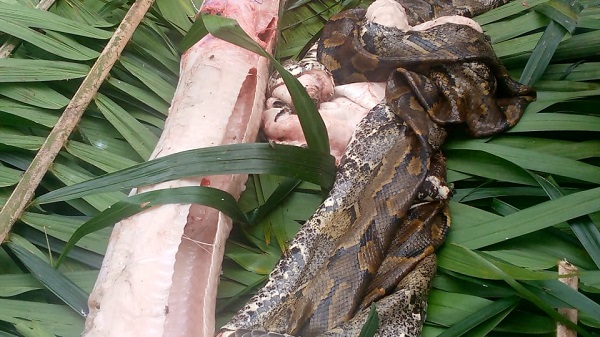 Kojo Nkum, the man who killed the snake in an interview with Kasapa News, Yaw Boagyan said he shot at the reptile three times before it died.

He later took the snake home and cut it into pieces and dressed the meat to be consumed by residents since that is their delicacy. 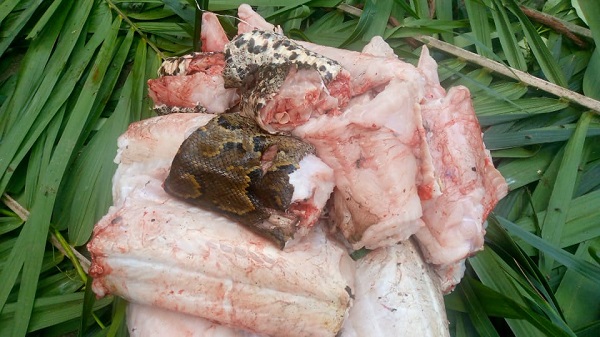 Kojo Nkum disclosed that the snake meat will be prepared as Kebab and sold at nightclubs and other food joints in the community.

He added they will use some of it for medicine and the making of drums.

Ghana Has Zero Shares In AngloGold Ashanti; All Mines In The Country Are 100% Foreign-owned – Sam Jonah