Dunkwa-on-Offin  : Teachers Urged To Be Committed To Work

According to journalist Fabrizio Romano, Real Madrid and AS Monaco have reached an agreement for the sale of midfielder Aurelien Tchouameni.

According to the same reports, the package will be worth over €100 million (with potential bonuses), and the transaction will be disclosed within the next few hours.

“Real Madrid are set to sign Aurelién Tchouaméni on a permanent deal from AS Monaco, here we go! Full agreement reached for €80m fee plus add ons, total package will be worth €100m for French midfielder.”the transfer expert wrote on social media 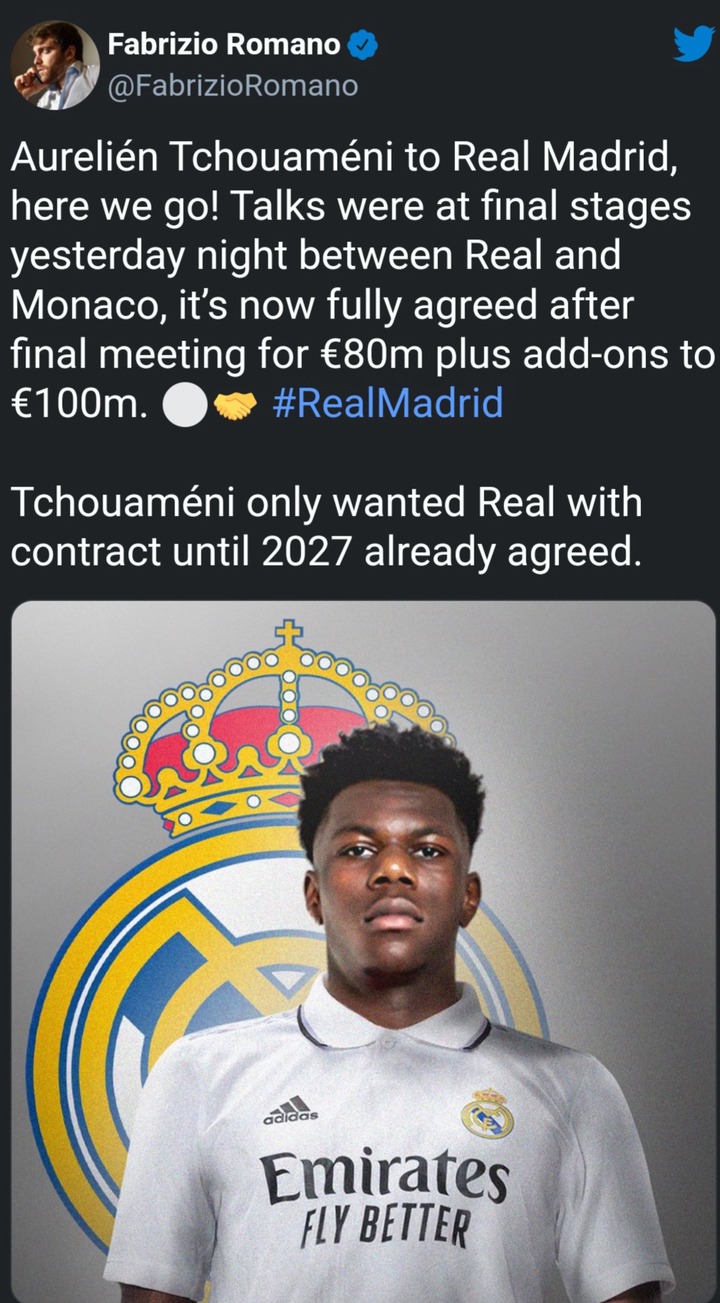 Liverpool and PSG were also interested in signing Tchouameni, but the midfielder chose Real Madrid instead. Los Blancos had hoped to spend no more than €60 million, but it appears that the fee will be more.

Real Madrid will have a long-term successor for Casemiro and a reliable defensive midfielder for many years if the transfer is finalized. Tchouameni is still only 22 years old, but he has established himself as one of Europe’s most promising midfielders, so while the trade will likely be costly, Real Madrid will gain a fantastic talent.

Man Of God Apologizes After His Football Match Prophecy Goofed