One Nigerian ,Two Ghanaians Arrested For Kidnapping, Robbery And Rape

French striker Kylian Mbappe has changing his mind and will be signing a contract extension with Paris Saint-Germain, according to multiple reports from Spain and France on Saturday

Real Madrid’s board were pessimistic about their chances of signing Mbappe as a free agent this summer, per reports from the Spanish press.

Transfer specialist Gianluca  reported on Friday that Mbappe is “close to staying with PSG.”

However, Fabrizio Romano has confirmed on Saturday that the striker will continue playing for the Paris based club.

“Kylian Mbappé will NOT join Real Madrid this summer: he will stay at Paris Saint-Germain, he wrote on social media.

PSG  improved their offer this week and Mbappe was seriously convinced he will extend his contract , which means that it must be way higher than Madrid’s own bid. 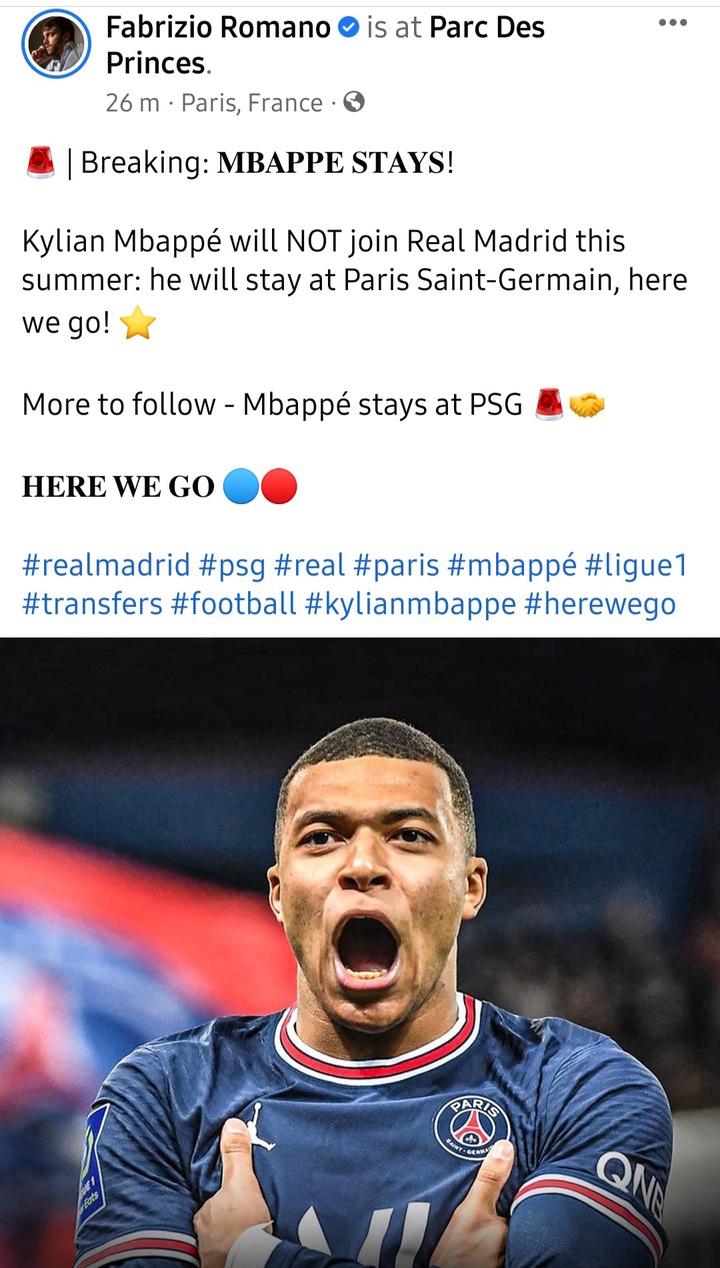 If he truly gave Florentino Perez his word about becoming a madridista this summer and now signs an extension with PSG, you can definitely expect Madrid to forget about him. 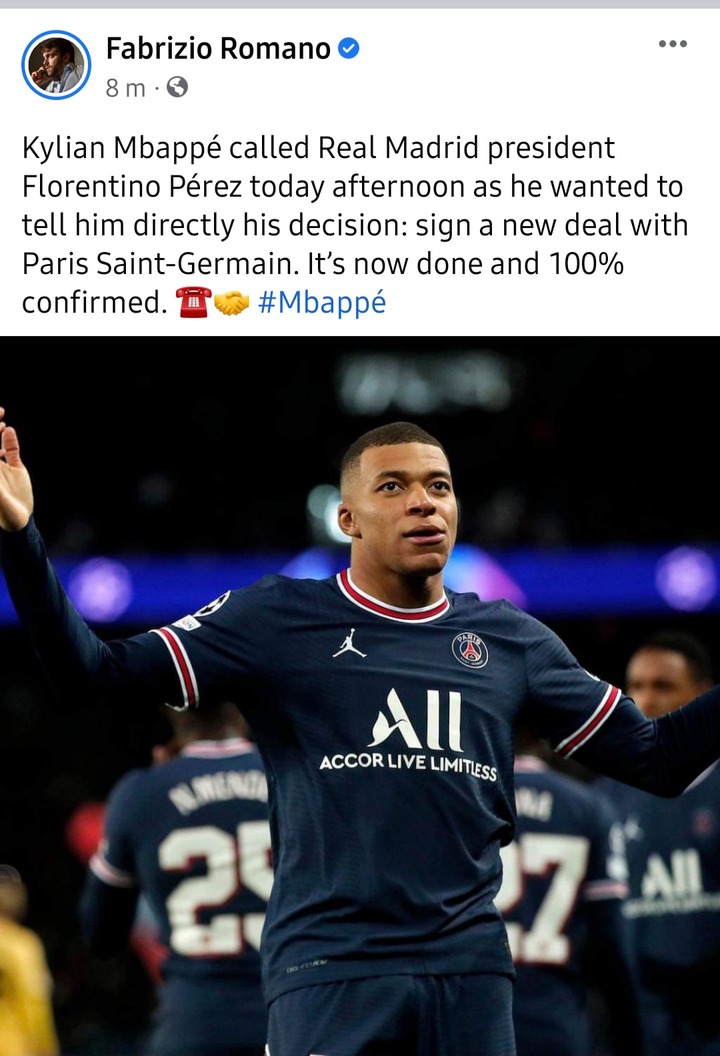 The end of this saga is now .

We Can’t Have Sex with Our Spouse’s, Due to Bad Roads – Kwabre Residents

GRA Official Dies After His Car Plunged Into River Boti

AccraFloods: Driver and Vehicle Submerges In Floods At Mallam Amidst Heavy Rains In Accra [VIDEO]